The day kicks off with the Comeragh College holding their Christmas Market on the school premises from 1pm to 5pm. 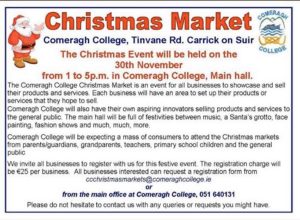 Carrick on Suir Christmas Lights are being switched on by Santa at 4.30pm . The Carrick on Suir Brass Band will provide the entertainment at the Carraig Hotel on the Main Street. 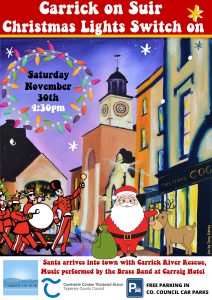 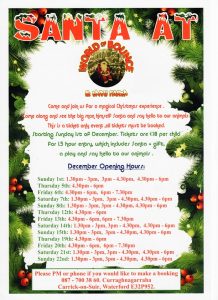 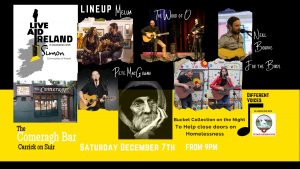 We are back in the Brewery Lane Theatre once again for the Tea Room Sessions as Seamus O Rourke presents a mix of Music , poems & stories accompanied by the unique voice of Fiona Maria Fizpatrick & Seanen Brennan providing the music. 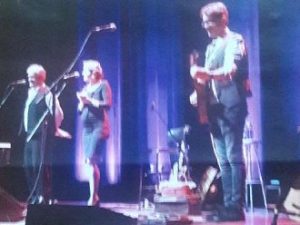 The Carrick on Suir Community Resource Centre will host a coffee morning & cake sale on Thursday 12th December from 10am to 1pm to raise funds in aid of the St. Nicholas’s Lourdes Invalid Fund.Why not come along & pick up some tasty treats while helping a good cause.

It’s back! The Christmas Tractor Parade will take place on Saturday 14th December. Amusements & Christmas stalls will be open from 3.30pm in the Car Park opposite the Municipal District Offices on New Street.

Please note that this car park will be closed on Saturday 14th December to facilitate the Tractor Parade. 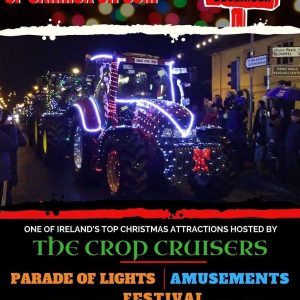 Tickets cost €15 & can be bought at the Strand Theatre Box Office , or from any committee member. 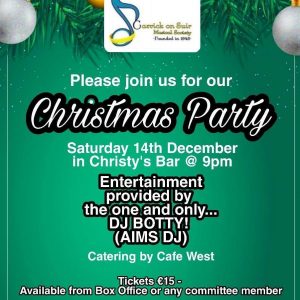 The Carrick on Suir Musical Society will hold their annual Christmas Bingo night on Monday 16th December from 8.30pm.

A single Book costs €8 and a double book costs €16 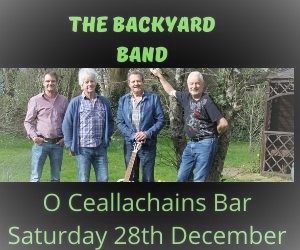 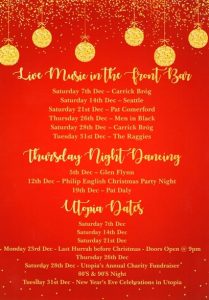