Slievenamon (Irish: Sliabh na mBan),”mountain of the women” is a mountain which is situated northwest of Carrick on Suir , offering a dramatic view from the top over the counties of Tipperary, Kilkenny and Waterford, with a height of 721 metres (2,365 ft) .The origin of the mountain’s name is explained in Irish mythology.

Much of its lower slopes are wooded, and formerly most of the mountain was covered in woodland.[2] A low hill attached to Slievenamon, Carrigmaclear, was the site of a battle during the Irish Rebellion of 1798. On 23/24 July 1798, a pitched battle occurred between the United Irishmen rebels and Government troops. The rebels were easily defeated, and the unsuccessful Rebellion of 1798 was thus very short-lived. 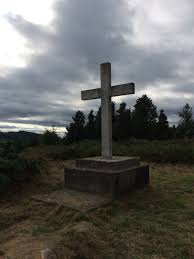 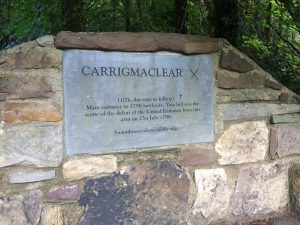 Popular with Hikers , Slievenamon is a 3.7 mile lightly trafficked out and back trail located near Carrick on Suir, that features beautiful wild flowers and is rated as difficult. The trail is primarily used for hiking, walking, running, and nature trips. This beautiful trail is very easy to navigate and is straight up and down. It can be quite a challenging slope and is used a lot by mountain runners for training.