By choosing Carrick on Suir Business Association Vouchers you are making a difference that benefits your community. This ‘shop local’ venture helps keep your community vibrant in business. You are also helping to safeguard local jobs all year round.

Vouchers are typically used as wedding presents, birthday gifts, special occasion gifts(Christmas) and staff bonuses. Others choose them as a way to save year round.

Carrick on Suir Gift Vouchers ,can be purchased through the Carrick on Suir Credit union located in Greystones Street , Carrick on Suir. You can give them a call at 051 640 675 or for more information,  please call 086 3922774 or email cos.business@gmail.com.

The recipient of the Gift Vouchers has the choice of over 45 businesses where they can use their voucher and the purchaser knows they are keeping business local and supporting local jobs.  More people are becoming aware of the vouchers  ,which is adding to the welcome increase in voucher sales over the past couple of years. It is refreshing to see that people are more active  than ever in their support of their local economy .

The local economy who invariably give generously to various organisations through sponsorship & spot prizes each year can see in return that people appreciate what these businesses do in the community.

“Local people are very aware of how important buying local is ,” says Seamus Campbell chairman of Carrick on Suir Business Association. “Local people buy local vouchers that support over 45 businesses and keep our economy active and vibrant throughout the year. The rise in the amount of vouchers sold year on year, over the last couple of years is a sign of local support and demonstrates very clearly that the people of Carrick on Suir are fully behind their local economy. Now more than ever before the business people of the town need local support . The uncertainty of the times & the devasting effects of Covid-19 to businesses means that the purchasing of the Gift Vouchers can give some solace in the knowledge that people do plan to spend locally . The make a great Gift as a little Thank You or if you have missed a loved one’s recent Birthday, Holy Communion , Confirmation or any celebration”

Why would your business choose Carrick on Suir Business Association Gift Vouchers?

“Things I miss about Carrick-on-Suir” Facebook group page shares posts of bygone days in Carrick-on-Suir and evokes many happy memories for its over 5,700 readers!

Scroll down to see more articles about the people & places of Carrick on Suir from a bygone era!

From time to time we will publish some interesting stories & articles about the people & places of Carrick on Suir from a bygone era , be sure to check this page on a regular basis to see if anything new has been added.

A House Fit For A Queen 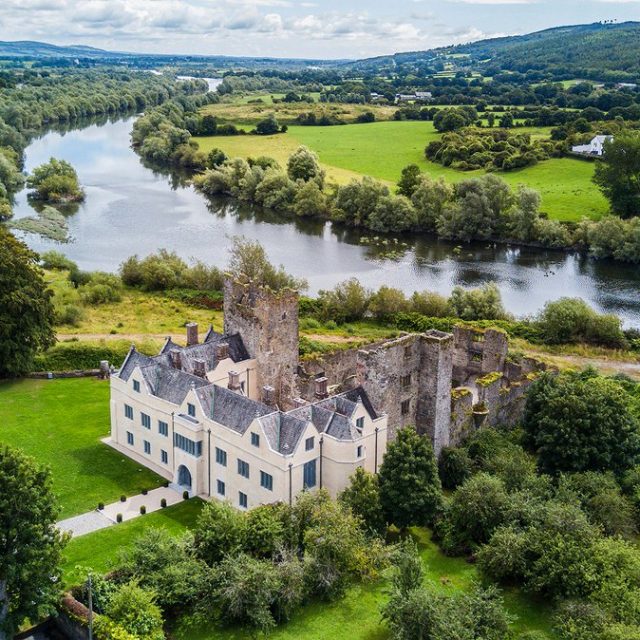 Between 1937 and 1939, 740,000 pages of folklore and local tradition were compiled by pupils from 5,000 Irish primary schools. This collection which came to be known as The Schools’ Collection was part of an innovative project which was overseen by the Irish Folklore Commission and received assistance from the INTO and Department of Education. With the help of their teachers, senior primary school children across the 26 counties of the Irish Free State collected folklore in their local area. This included oral history, topographical information, folktales and legends, riddles and proverbs, games and pastimes, trades and crafts. The children recorded this material from their parents, grandparents and neighbours. This collection is a wonderful resource for anybody with an interest in history and folklore and is now available at www.duchas.ie. Below is a selection of excerpts from Carrick-on-Suir and the surrounding areas. Historical events and figures The Quakers by Mr. P. Marsh At one time there were a great many Quaker families living in South Tipp. The principal families were the Grubbs, the Fennells, the Malcomsons, besides many others. All these families were engaged in the flour milling business. At this time, before the adoption of the Free Trade in […] 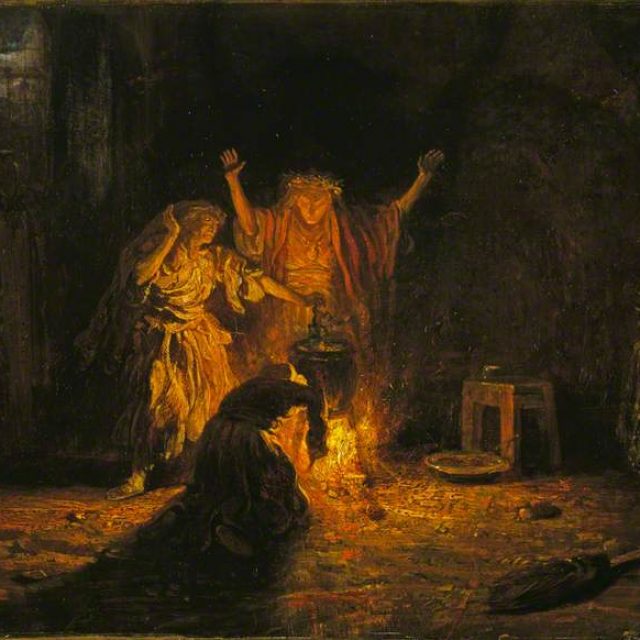 In the autumn of 1864, the local police force brought a most unusual case before the magistracy of the Crown Court in Carrick-on-Suir.  A local woman, Mary Doheny was charged with fraudulently obtaining goods from policeman Constable James Reeves and his wife. But why did this case above all of the numerous other trails capture so much public and media attention at the time? It was the fact that Mary Doheny claimed that she possessed the powers of witchcraft! Referred to as the “Carrick witch” in news reports at the time, Mary was accused of illegally extracting goods from the Reeves couple as well as six other respectable and sound-minded local people by duping them into thinking that she could communicate with the otherworld! The case dominated news columns in both Irish and UK newspapers, causing a large media frenzy. On the days of her trial the courthouse was “thronged to suffocation” as local people clamoured to see with their own eyes this ordinary woman who had become a local celebrity. Kilkenny Moderator – 26th Oct 1864 Most publications painted a less than sympathetic picture of the defendant and her background. The Dublin Evening Mail mercilessly remarked that Mary would […] 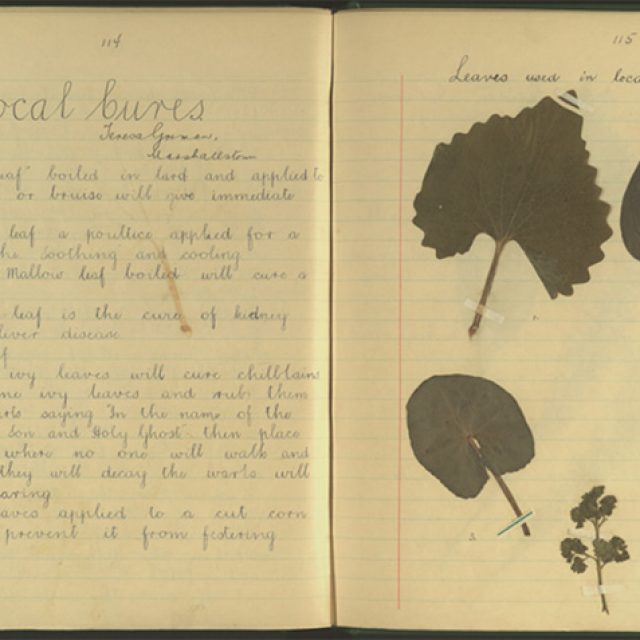 Between 1937 and 1939, 740,000 pages of folklore and local tradition were compiled by pupils from 5,000 Irish primary schools. This collection which came to be known as The Schools’ Collection was part of an innovative project which was overseen by the Irish Folklore Commission and received assistance from the INTO and Department of Education. With the help of their teachers, senior primary school children across the 26 counties of the Irish Free State collected folklore in their local area. This included oral history, topographical information, folktales and legends, riddles and proverbs, games and pastimes, trades and crafts. The children recorded this material from their parents, grandparents and neighbours. This collection is a wonderful resource for anybody with an interest in history and folklore and is now available at www.duchas.ie. Below is a selection of excerpts from Carrick-on-Suir and the surrounding areas. Historical events and figures – Part 1 FACTION FIGHTING Below is an account of faction fighting in the local area. Faction fighting were mass brawls that involved large groups of men and women organised into groups and meetings at venues such as fairs, markets, weddings, funerals or any other large gathering. The phenomenon was particularly common in rural […]

The history of the National Bank in Carrick-on-Suir 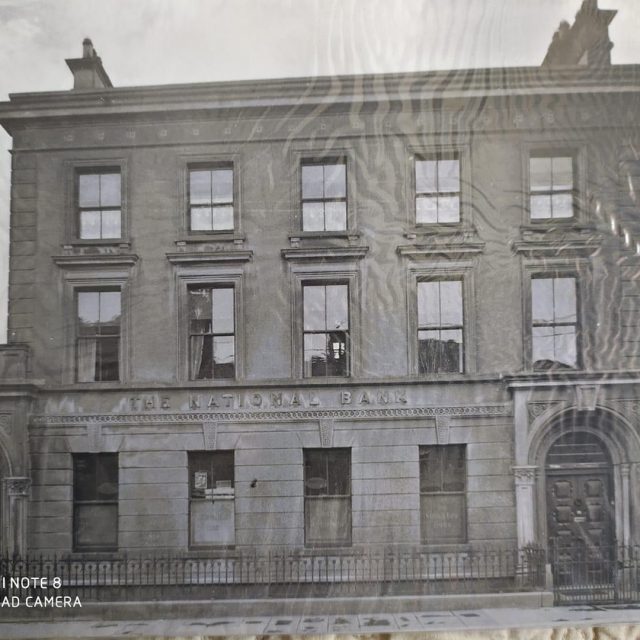 The National Bank of Ireland was formed in 1835 in London by the noteworthy politician Daniel O’Connell and the Nationalist Party as the National Bank of Ireland. The first branch of this joint-stock bank opened in Carrick-on-Suir, Co. Tipperary on Wednesday 28 January 1835. The Bank’s first Governor was Daniel O’Connell, a fact which earned the Bank the nickname of “The Liberator’s Bank.” The building in which this branch operated from is still there today and now operates as Bank of Ireland. This five-bay three storey building was constructed c. 1820 and was formerly the residence of business man, William O’Donnell who owned a bacon factory on the Quays. Between 1867-73 the building was remodeled with the addition of a single-storey entrance bay and a large rear extension. The building was and continues to be the most dominant feature on the streetscape. Experts have noted: “The quality and variety of stuccowork of the façade highlights the importance of this bank building for the town. It is dominant on the streetscape, both in its function and style. The elaborately decorated entrance openings also give a sense of grandeur to the activity of entering the bank, and the discreet treatment of the […]

The history of Carrick-on-Suir train station 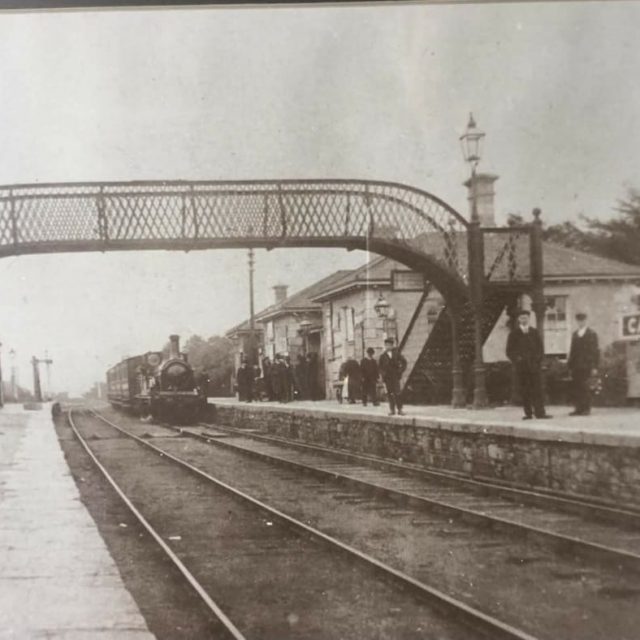 The 19th century is commonly referred to as the Age of Progress as Europe witnessed dynamic advancements in industry, technology and science. While Ireland did not experience an industrial revolution on a scale to that of Britain, which was at the height of its empire building at the time, it still made considerable advancements in many areas, transport being chief among them. Before the advent of the railway system in Ireland in the 1830s there were three principal means available for travelling large distances; by boat on the canal network which was greatly improved with the opening of the Grand and Royal Canals in the late 18th century, by horse-drawn coach, or for the energetic or downright destitute by foot. In Carrick-on-Suir goods to and from Waterford and Clonmel were mainly transported on large barges on the River Suir operated by the River Suir Navigation Company as well as private hauliers. While passengers opted for Bianconi’s coach cars which provided speedy and cost-efficient travel to and from Waterford and Clonmel for the princely sum of 2 shillings.  However, the need for a faster method of transporting both passengers and freight became apparent as the 19th century progressed. This led to […] 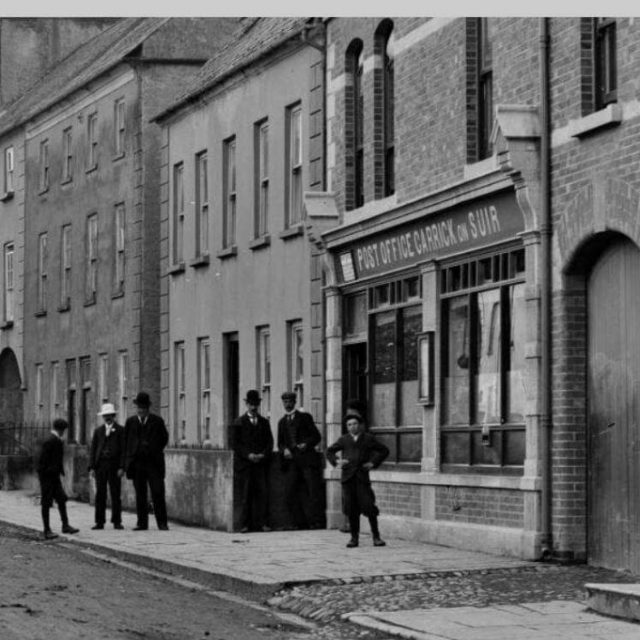 The known history of the postal service in the town of Carrick on Suir stretches back to the late 18th century with the opening of the first recorded post office in the town in 1799. It was located on Main Street in a building which is Mary Fashion’s today across from the New Bridge. Before the state began to take a direct role in the running of the postal service from the late 19th century onwards the majority of post offices were privately owned. These post offices were operated by individuals who held a franchise to sell stamps, accept letters and parcels, offer a telegram service and a service of telegraph money orders. To find the first named postmaster in Carrick we must consult Slaters Directory of 1846 which records that a man who went by the name of John Leech was the post master in Carrick at that time. Leech and all other post masters in the country were answerable to a central postal authority. Although the post offices were privately owned the postmen were state employees and received their wages from the state. In the aftermath of the Fenian Rebellion of 1867 a second postal delivery service was […]